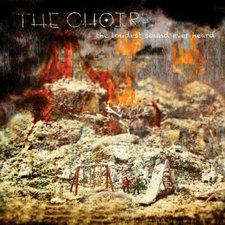 The Choir
The Loudest Sound Ever Heard

In a perfect world, The Choir would have the album budget of U2 and the household name recognition of Adele. But without those two things, they have still managed to spin out countless mini-masterpieces of mood and spiritual depth on a shoestring budget for over thirty years.

It's to The Choir's credit that there are no easy comparisons to their music. But if U2, Sixpence None The Richer and Coldplay all got together, they would sound something like this cosmic, atmospheric band. The Choir values melody above all, but they rarely skimp on creativity to achieve it.

The Loudest Sound Ever Heard is more downbeat and contemplative than the last two self-released Choir offerings (2005's O How The Mighty Have Fallen and 2010's Burning Like The Midnight Sun), and finds drummer and chief lyricist Steve Hindalong mulling over the tenuous nature of life. The album title is a reference to the explosion of the Indonesian volcano, Krakatoa, in 1883 (an eruption so powerful, violent and loud that scientists estimate that anyone within a ten mile radius would have immediately gone deaf). This event is used in the song "Learning To Fly" as a metaphor for the uncertainty of life and as a call for making sure that you count your blessings and be sure to "make that phone call, write that letter, live today to make amends," because we're all "living to love in a dying world," we're "learning to fly." Elsewhere, the album title is referenced in "Melodious" as "the beat of a true friend's heart."

The strong theme of taking things one day at a time is again referenced in the third song, and album highlight, "Cross That River" which builds on two chords in a similar fashion to U2's song, "Bad." The tune sweeps the listener along with a poignant metaphor that overcoming something (be it addiction or some other life obstacle) is best done "one rock at a time." At more than six minutes in length, "River" is an honest and unfiltered look at how to approach addiction, and the Marc Byrd (of Common Children and ambient band Hammock) guitar solo at the five minute mark lifts the tune to the stratosphere. The ending line, "you've already been baptized with fire, you've been born again," anchors this encouraging song in the truth of the gospel that says that salvation is both now and "not yet;" it's still a journey to get to Heaven.

The encouraging, upbeat "Forrest" serves as a reminder that "more is hidden than revealed, sometimes the path to understanding is concealed" and although "it hurts to be alive" and "your pain is real" it's good to "laugh until you cry, it's good to feel." The sunny guitar lines in this song help balance out the weightier, slightly gloomy material (yet appropriate to the overall theme of the darker side of life that is generally missing from music made by people of faith) offered on The Loudest Sound Ever Heard.

Closing track "After All" finds the voices of lead singer Derri Daugherty dueting with Sixpence None The Richer's Leigh Nash on a bed of celestial, ambient guitars and offers a final prayer of thanks that the Lord (and the true friends He sends our way) "come winter, come spring floating through the Milky Way, with me after all" and that we are all "floating with You after all."

To a new listener, The Choir's latest album may seem somewhat of a downer. But taken as the third piece of an excellent series of recent albums The Loudest Sound Ever Heard is a masterful third movement of theme and subject matter, with music that reflects the somber thoughts laid out. It is, perhaps, not the place to start for new listeners. The best place would be O How The Mighty Have Fallen and Burning Like The Midnight Sun for two late career highpoints, or since Spotify has made things so easy, hit 1988's fantastic and epic Chase The Kangaroo for a great introduction.

The Loudest Sound Ever Heard is a terrific album, displaying hard-won wisdom and truly revealing music.