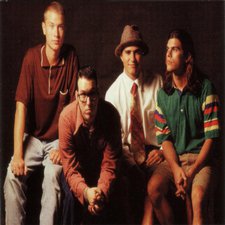 
Plankeye's sophomore album, The Spark, is a great step in the right direction. Instead of sticking with a formula that worked on their debut, the band decided to change things up and improve in every area.

Lyrically, this album focuses on searching, struggling, and questioning (sometimes without answers given), all the while mixing in a blatant Christ-centeredness that is quite rare in most songs with those themes. "Three-Fold Chord" is a break-up ballad that just allows room for sorrow without forcing comfort into the picture. "Boy" is a character profile that seems to tell the story of a suicidal young man. Another character profile on the album, "Tonight," is a song about a girl who goes to church every week, yet still feels lonely.

Even amidst the difficulty presented, there is still some positivity present. "It's a Perfect Day Jerome" opens the album on a hard-rocking, yet worshipful note. "Open House" is a song of comfort to those who feel that there is no purpose in life.

Musically, some of the songs have a pop-punk vibe to them ("Open House," "Tonight," "So Far From Home"), while others have a classic rock sound to them ("Boy"). Also present are a few power ballads, including "Wings to Fly," which offers amazing diversity in vocal range from frontman Scott Silletta, and a nasty guitar solo in the bridge. Unlike their debut, in which the songs all sounded fairly similar to one another, The Spark has a much greater diversity in its musical styles.

All around, this album is quite a winner, whether in melodies, riffs, vocals, or lyrics. 1995, with releases like Jars of Clay's self-titled debut and DC Talk's Jesus Freak, was a year that forever changed the lyrical and musical standards and expectations of Christian rock music. This album certainly deserves a spot among those legendary albums as being part of that year's pioneering efforts in a new era of Christian rock.