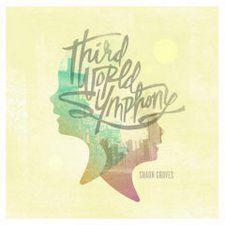 There is something to be said for both ambition and compassion, and with a grand title like Third World Symphony, it's clear that Shaun Groves is shooting for the big themes of faith on his fourth full-length album. With song titles like "All is Grace" and "Kingdom Coming," it's equally clear that he is not afraid to think big and tackle weighty issues like justice and loving your neighbor. In a globalized world, your neighbor can be someone who lives across the sea, but is still affected by the choices you make every day.

A wiser man than this reviewer once said that "folks need to be reminded of things more often than they need to be informed of new things." It's plain on this album that Groves desires to re-awaken his listeners to the heart of the gospel, and his ministry focus on this set of songs is refreshing.

The aforementioned "All Is Grace" kicks off the album's song cycle and establishes a strong theme of how blessed we are in everyday life here in the West, and that every good thing in our lives is by the "Grace" of God. A melancholy flute opens the first few bars of the song, and by the time the banjos arrive in the second minute it's evident that Groves has widened his musical pallet a bit to fit the massive theme.

The epic "Kingdom Coming" pleads for a time when "the sword is spared and the bread is shared, when the rich ones give and the poor ones live;" a set of words that would surely make St. Francis of Assisi, Mother Teresa and Rich Mullins smile down from above. The rollicking "Enough" enjoins the Lord to "give not wealth or poverty, but just enough" and veers into Mumford and Sons territory with its spry banjos and festive horns.

However, the term "Third World" in the album's title would lead a potential listener to think they were in for a slightly more out-of-the-box musical experience (like the use of some Third World instrumentation or a few non-western song structures), not just in theme, but in performance as well. This appears to be a conscious choice on the part of Groves, who knows his audience well, and desires to communicate directly with them. Still, a few more daring choices musically would have made this album a home run.

With that said, the clever mix of the classic hymn "Just As I Am" with a new compelling chorus ends the album and serves as a good reminder that ambition in a project is to be praised. And sometimes, something timeless, like a great hymn or a gospel truth, can bring us back to something we once knew.

Third World Symphony is a good album, but more important that that, it is one with a beating heart and a clear conscience.