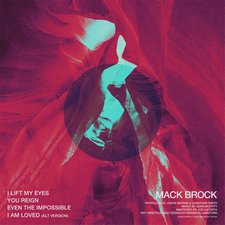 Mack Brock
This Is Your Promise EP


Since leaving Elevation Worship in 2017, Mack Brock has produced a few of his own projects, with his latest being a 4-song EP, titled This Is Your Promise. For the most part, Mack hasn't done much to shake up the typical worship formula, and that stays the same with his newest endeavor. On this record, Brock focuses on the aspects of God's faithfulness, and how He is always there to provide for us. Unfortunately, Mack doesn't break any new ground at all in the worship scene, as this EP consists of average material that sounds similar to dozens of other artists.

The mid-tempo "I Lift My Eyes" opens up the record, and sets the tone for what the EP sounds like. Disappointingly, the bar is set relatively low, as Brock's musical and lyrical content doesn't do anything to shake up the generic formula. "You Reign" and "Even The Impossible" follow the exact same template, which creates a rather bland atmosphere considering the EP only features a few songs. Lyrics such as "Over the nations / With all creation / You own the heavens / Jesus You reign" sound uninspired and cliche. The closing track is an alternate version of "I Am Loved" (which was originally featured on his Covered EP), and it continues the trend of mediocre, contrived material.

One of the only bright spots in the EP is that every track is under five minutes, which thankfully prevents the songs from being even more repetitive than they already are. While Mack's work isn't poor, it is average and underwhelming--especially considering he has been in the industry for so long; he is capable of doing much better. Generally speaking, fans of the modern worship genre, and fans of Mack Brock's music, will enjoy this EP. However, those searching for something creative, innovative and different should look elsewhere to satisfy their needs.