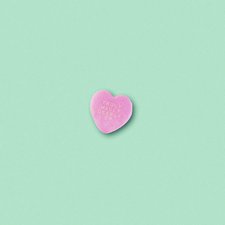 
Relient K has been quite busy over the past half-year, releasing a (long) studio album as well as two surprise seasonal EPs. Their latest surprise comes in the form a three-track Valentine's EP, Truly, Madly, Deeply, along with a music video for one of the songs. The EP opens with "Candy Hearts," a song which sees frontman Matt Thiessen singing in an unusually raspy voice. Out of the three tracks, this one is most in line with the band's traditional genre, pulling a few cues from their pop-punk roots. Although the lyrics aren't necessarily Relient K's sharpest material, they do exude a healthy dose of quirk: "I don't know where to start / opening a bag of candy hearts / lay 'em on the table one by one / see if we can make up something fun."

The second track, "Happy Valentimes," is a happy-go-lucky ditty, at least melodically, though the lyrical content is less optimistic ("you told me you were mine / yeah, those were happy valentimes / don't go my fair lady, did I chase you away? / Don't know my sweet baby, is there something to say?") This is easily the least strong of the EP's three tracks, but is a nice addition nonetheless. The EP wraps up with "BMI Valentine," a perhaps-too-clever pun-driven track. The title itself is a witty jab at BMI (Broadcast Music, Inc.), referencing the rote, generic material that seeps from and through the songwriting industry. Listeners should already know where this piece is going upon hearing the first line: "My name's Taylor Jean and I'm an alcoholic / I'm a part of the machine that makes you grab your wallet / when we write the country songs that keep the country folks singing along." It's hard to guess whether this is a genuine and bitter slight against the aforementioned "machine," or rather a tongue-in-cheek smarting off; something not too far estranged from Thiessen's lyrical musings. Either way, it does a nice job of tying off a 7-minute project that's easily worth the purchase.

While not the most serious project, Truly, Madly, Deeply does add a cute footnote and music video to the band's discography. Who knows what Easter might bring?