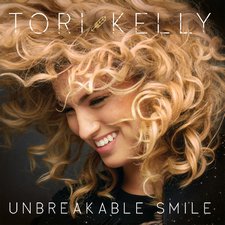 
If you are a fan of Ariana Grande and are looking for an alternative in the Christian-sphere, look no further than Tori Kelly. American Idol fans may recall her from a brief stint she had on the show. She never made it to the live shows, and judge Simon Cowell called her voice "annoying," but if anything, this rejection propelled her career even further.

A singer-songwriter with a voice for a generation, Kelly gained momentum with her YouTube channel posting both covers and originals. Her vocal chops and grassroots fame eventually landed her a record deal. On her projects, you can find storytelling lyrics against an acoustic backdrop with Kelly's gifted vocals. She is a multifaceted musician at her core, and every album and EP of hers contains pleasant gifts along the way.

Unbreakable Smile, her debut full-length album, is not a disappointment by any means. One of the factors that makes Kelly so compelling is her incredible vocal range. Without a doubt, she competes as one of the best vocalists of the 2010s. One can also tell from her recordings that she is a gifted musician. Songs like "Unbreakable Smile" and "Anyway" both show off her genius when it comes to crafting harmonies and just the overall instrumentation of her voice. The third single, "Hollow," is a standout on the album for her vocal range, lyrics, and aesthetic quality. It is simply a beautiful song, and listeners can look on as she pours out her heart to God.

Far from being the only standouts, I think there are a plethora of qualities that listeners can pick and choose from in being their favorites. One is obviously the powerful vocals, another could be the creative melodies which are not lacking on any track, and another could be the lyrics. The theme is standing up for yourself, and Kelly making a declaration about who she is. Lyrics from the title track, "Call me what you want and matter fact just say it loud and don't stutter/ Cause I know who I am/ Yeah, I'm still the same," and the preacher-style lyrics in "Funny," showcase Kelly's insights about the industry and the world.

Lastly, there is no shortage of romance tracks on this album. Standouts include "Should've Been Us," "Nobody Love," and "I Was Made for Loving You," which features Ed Sheeran. These songs are beautiful pop music gifts, and they are what Kelly had been known for on her two previous EPs.

As a note of criticism, I may argue that some songs in the middle do not capture what Kelly is known for. They lack the uniqueness and imagination of some of the other tracks. Songs like "Art of Letting You Go," "City Dove," and "California Lovers" lack perspective and sound like easily crafted pop songs without that Tori Kelly sparkle. Inherently, however, they are not bad songs; I just wished they captured more of Kelly's artistic flair.

Kelly has a track record of giving the world aesthetically pleasing songs to listen to and this album delivers just that. Unbreakable Smile is full of precious stones where you can easily pull out something to be excited by or even learn from. Even though the road was long, this album makes Kelly's perseverance all worth it. She certainly earned her unbreakable smile.