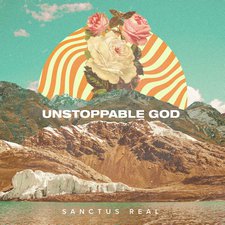 
Since finding their humble beginnings in a garage over twenty years ago, Sanctus Real has undergone quite a few lineup adjustments; most notably losing long time lead singer Matt Hammitt back in 2015. Dustin Lolli quickly filled his shoes, but it took a couple years for the band to put out some new material. In 2018, the band released their first LP with Dustin, Changed, which saw the band take a different approach musically; and their newest effort, Unstoppable God, follows this trend.

If youve been a fan of the band for a while, youll know that their roots are based in rock; but they shifted towards more of a pop approach with each successive record, and the energetic guitars and drums that once took the spotlight have now been moved to the background. This isnt necessarily a bad thing, because as we saw with Changed, Sanctus proved they could create solid pop that stood out compared to the rest of the genre. That being said, Unstoppable God sees the band conforming more so to the generic formula, which ends up culminating in an underwhelming effort overall.

The album kicks off with the funky Love Like Yours, an encouraging song about how God's love is incomparable to anything weve ever imagined. The anthemic Lazarus is also a highlight, being a declaration of the freedom we have in Christ, because He made our souls alive again: My testimony, from death to life / You fill me up with holy fire / My testimony, out of the dust / You raise me up, like Lazarus! Moving down the tracklist, another standout is I Will Forgive You, which focuses on the struggle of offering forgiveness: They say forgive, let it go, and then forget it / They say the pain will destroy you if you let it / And so it comes to this, trapped in my bitterness / how can I let this go? The uplifting More is also a decent tune, and serves as a solid closer to the release.

Unfortunately, the record struggles when it comes to falling into cliches of the genre, and the creativity we used to see from the band seems to have dissipated over the last few years. At points, the writing just seems bland, and it lacks innovation. Musically, most of the songs here (Jesus Loves You, and the title track, for example) fail to bring anything new to the table. The inclusion of Confidence is also a head-scratcher, as it was the radio hit from their last release; the album would have benefited from featuring a new track, instead of repeating this one.

Generally speaking, current fans of the group will find the record to be an enjoyable listen, as its quite accessible both from a musical and lyrical standpoint. The biggest disappointment, however, is how the band seems to be at an artistic standstill, especially when you compare this work to their older material. Songs like Unending Hope, and As I Am aren't nearly as potent as some of the gems Sanctus has produced in the past. While this record will satisfy most listeners of the pop genre, those hoping for something with a little more variation would be better off looking elsewhere.