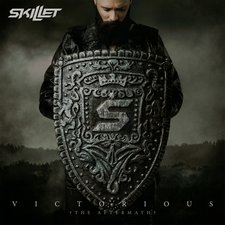 
After Rise, one could argue that Skillet was on a downturn. Victorious didn't exactly help, either. About a year after its release, Skillet released Victorious: The Aftermath, a disappointing deluxe edition of their 2019 release.

The first song after "Back to Life" is "Dead Man Walking," which is a mid-tempo plea for... coming back to life. It has pretty much the same meaning as "Back to Life." After that comes the slow "Sick and Empty." Although not exact this time, this song's meaning is very similar to the last two, focusing on living life in lack. As a song, "Sick and Empty" feels empty. There is not much musical element to it. Take away a bit more from "Finish Line" and you'd know what I mean.

The problem with "Dead Man Walking" and "Sick and Empty" is that they don't stand out at all. It took me three listens just to remember the chorus of "Dead Man Walking." This is not the case, however, with "Dreaming of Eden." The title explains the meaning of the song; they wish for something better. "Dreaming of Eden" and "Victorious (Soundtrack Version)" (from which movie?) are the only good additions for this deluxe re-release. If you already own Victorious, it's best to just buy any of the new songs digitally on their own.