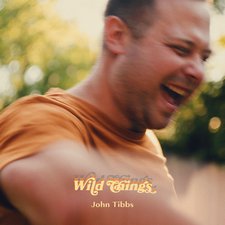 
Though John Tibbs did have a record put out on a major label a few years back (the rocking Dead Man Walking), much like his new single "Wild Things," he seems to be destined to be a free and independent soul. Sharing a heartland musical DNA with the likes of Bruce Springsteen and Tom Petty, Tibbs' high-powered spiritual rock and roll is steadily gaining fans, song after song, tour after tour. His latest single, "Wild Things," is almost a thesis statement for how the songwriter lives life.

With a chorus that came almost fully formed in a dream, the lead single from Tibbs' upcoming EP features an impassioned vocal delivery and rustic overtones that fit the theme of rediscovering the wildness of youth. But instead of equating the term "wild things" with recklessness, Tibbs pulls the clever lyrical trick of pointing to the Lord as the designer of the heart that was designed for things like "the dirt and sea" and to "throw out the checklist and live in a never ending grace."

With a nifty honky tonk piano breakdown in the bridge, and plenty of electric guitars and Hammond B3 organs, "Wild Things" is the sort of blue collar rock and roll that Tibbs excels in. If the lead single is any indication, the full EP (set to release early next year) will be one to roll the windows down and sing along to, just like the wild things Tibbs sings about.