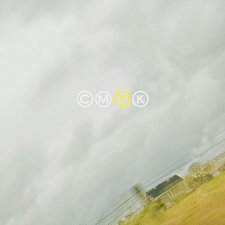 Singer/songwriter Justin McRoberts has 17 full-length albums and EPs to his name, but only two of them, 1999's Reason for Living and 2000's Father, were released via a major label. This piece of information, which might seem trivial at first, takes on a certain gravitas in light of the fact that McRoberts now admits that it was during the writing of Father, his last record before setting sail as an indie artist, that he toned down the language of one of its more controversial cuts for fear that the original wording might adversely affect album sales. Not long thereafter, he vowed to never again compromise his artistic principles; a promise he continues to uphold on his latest undertaking, the C-M-Y triple-EP project.

Like C and M before it, the Y EP finds McRoberts in a characteristically soul-searching, no-holds-barred frame of mind. Those who know him best know that this can make for slightly less than comfortable listening, as it does on "The Fear of God," where he lays out his fears ("My God knows my mind/ And that's what has me worried") and doubts ("There are things I know my God has done/ That strike me both as strange and even wrong") in unmistakably candid fashion. Even more earthy is the language of "Resurrection" ("It's not about the drinking/ It's all about being drunk/ It's not with whom you're sleeping/ It's with whom you wake up"), an open letter to a friend caught in the grips of legalism. In fact, the only track that could be even mildly construed as upbeat is the closer, "Where All the Colors of the World Collide," which reminds the listener that, when all seems hopeless and lost, it is then that God's hand is most clearly recognized.

In much the same way that it mirrors them lyrically, Y also follows the preceding pair of extended players with its instrumental approach as well. Like those outings, the new EP is a stripped-down folk/alt-country hybrid played mostly on acoustic guitar, punctuated here and there by the occasional sparingly-used keyboard or violin. But, while this bare-bones approach was arguably a bit of a liability on the first two installments of the C-M-Y trilogy, thanks to their frequently meandering nature, it actually works as an asset this time out, owing to Y's stronger, more well-defined melodic content and ever-so-slightly more mainstream-inclined production aesthetic.

That being said, even though it nudges things minutely toward the center of the musical spectrum compared to the two EPs before it, nothing on Y (except, maybe, "Collide") sounds even remotely like the sort of thing you'd hear on Christian pop radio. To be sure, even if they were performed with a full-fledged backing band, these tracks hardly seem destined for a slot in the Top 40 singles charts wedged between the latest offerings from, say, tobyMac and Big Daddy Weave. Nor are they the sort of compositions one puts on as background music while they go casually about their business. On the contrary; fiercely gut-level, thought-provoking material like this demands to be not merely heard, but rather carefully dissected and meditated upon at length. Admirable and distinctive as they were, the C and M EPs still felt as if they came close to, but never actually hit, their intended mark. This go around, though, McRoberts proves that the third time is, indeed, the charm.