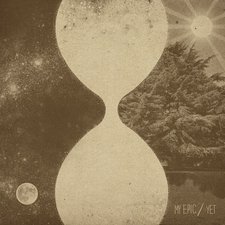 Facedown Records is usually known for their assortment of metalcore artists, but over the last fourteen months, the Facedown/Dreamt combination has released albums by indie bands like Sleep For Sleepers and Shapes Stars Make. The sophomore project by My Epic, Yet, also launches from the labels.

The album boasts a post rock sound and includes many sounds which could be compared to Falling Up, As Cities Burn, Shapes Stars Make, and Awaken, North Wind!. With the exception of "Rich," there isn't much in the way of choruses, which leaves My Epic's songs a bit unpredictable. Since the album goes to such lengths to make every song epic (no pun intended), every song is at least four minutes long (with the exception of "Lashes"). And the long duration of the songs works really well when the track is flowing right along, but not when the band's formula of unpredictability goes awry. Although some pockets on the release can be quite slow at times ("Patience And Silence" in particular), big riffs and intense electric guitars are not uncommon, especially on "Pour" and "Ashes." On occasion, however, the guitars simply go overboard and the music sweeps away Arron Stone's somewhat unimpressive lead-vocals. But there are stanzas throughout the album which are quite memorable (parts of "Author" and "Sound Fury" spring to mind). Plus, both "Further Up/Further In" and particularly "Perfector" close out the album well.

As with their first album, I Am Undone, My Epic puts their priority on the album's lyrical content. The haunting "Lower Still" goes to great lengths to describe Christ's humiliation from birth to death. The band often details our depravity while ultimately declaring God's holiness and grace as in the case of "Patience and Silence" ("You're the only one who loves me as I am/you alone are my defender/you alone will be my judge"). Strong songwriting is revealed in the band's speculation of eternity on "Perfector" and lust and remorse in "Lashes."

While Yet will obviously please fans of the post rock genre, there is still a strong enough rock element to attract generic rock fans. But the real attraction of My Epic's second release comes through the unifying lyrics of God's love even in our fallen state. While the music and the vocals are a bit rough around the edges overall, Yet is a solid, summer rock venture.

As an indie band signed with Dreamt Music, My Epic has released some fairly decent music in the past few years. Their second full-length with Dreamt, Yet, builds on their last album, I Am Undone, and surpasses it. If Yet is your first encounter with My Epic, expect the music to have a heavy mewithoutYou vibe, but a different vocal approach. I can also hear slight similarities to the Come&Live! artist Sons of God, with the passionate music and intense vocals (ie, the shouting and gang vocals in "Lower Still" that are very well done). My Epic shines in the more intense sections of their songs, but seem to struggle a little with some of the toned down stuff, like the first minute and a half of "Rich." The chemistry that's apparent in this band just doesn't seem too noticeable in these parts. But occasions like this are few and far between, and they do have some slower times with nice melodies to offer. All in all, the band has created an album to be proud of. - Scott Fryberger, 6/26/10