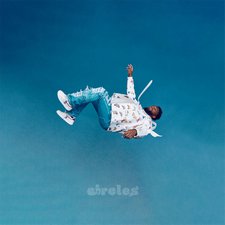 
For those unfamiliar with the name, Dante Bowe was one of the biggest artists of the past year. Being one of the lead vocalists for Maverick City Music and working with a bunch of different artists and bands such as Bethel, Elevation Worship, Crowder and JUDAH, he also was one of the busiest artists lately. He even got nominated for 3 GRAMMY's. To top all of his achievements, he released one of the best albums of 2021, circles.

Rather than just being a by-the-numbers worship album, circles is a personal set of songs that showcases Dante Bowe's creativity. This project combines multiple genres, including CCM, Gospel, R&B, & Hip Hop. He also covers different topics in each of his songs. In "joyful," he sings how "This is the day the Lord has made / And I ain't gonna let it slip away." He also focuses on the topic of self care and mental health, where he sings, "Oh I'ma get away / Know I need to pray / Dealin' with a mind ain't nothing to play with." One of my personal favorite tracks is "i wanna know you," where Dante sings "When the night is dark / And feels so long / When I'm sinking under / Holding on / I wanna know You really do / I wanna know You for real."

I didn't know what to expect from this album. I was pleasantly surprised with how creative and well-produced this album was. This is Dante Bowe's album through and through. He does nothing but shine on each track. Give circles a spin and enjoy each minute of this musical experience.