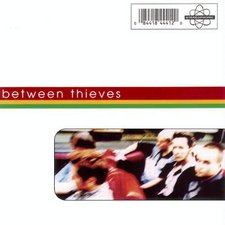 With their self-titled debut album, Between Thieves were able to display differences in each song on the album in order that they don't all sound alike, yet allow the album to flow like it was built by a skilled architect. "Two Pennies" is at the top for lyrics. It takes the lesson of Peter and John from the book of Acts, chapter 3, and puts it in a modern day setting of a rich man fallen from his high position. The writer in the song, having nothing material to give at the time, introduces the man to Jesus and gets him back up on his feet again.

"Sling and Arrows" is another album highlight. Again, the music is only outdone by the message it gives... God did so much for me, I'll do anything for Him. This band is neither shy about their musical abilities or their committment to their Creator.

In their song "Privately," the band deals with the ever growing concern and reality of loneliness despite being surround by friends and loved ones. It speaks of the emptiness, pain, frailties, tears and desperation one feels when suffering from loneliness or depression. As always, the lyrics take us back to the ultimate answer - call out to God the Father for refuge, comfort and strength.

"Take My Hand" talks about helping one another through the struggles of life. Together you, me and God make a strong chord of three. While it seems this song can be applied to any Godly relationship, it hints at the strong bond of marriage when God is the center and focus.

The vocals on each song are not just regurgitating the words, but rather express the emotion and feel of the song from a lyrical standard as well as coordinating with the band. The topics, understanding of the human condition and constantly pointing the listener back to our Savior, make Between Thieves one of the best alt rock records around.

Definitely one of the most underrated rock bands of the 90's, this is still a solid alt rock record. "Privately" is a timeless highlight while other standouts include "Despite The Rain" and "Kindle." And this record will always hold a special place in my heart, considering "Take My Hand" became my wife's and my wedding song... - 12/17/05, John DiBiase