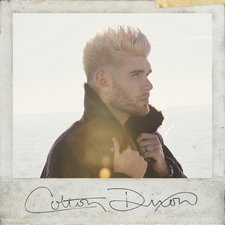 
When Colton Dixon first burst into the Christian music scene in early 2013, he was propelled by his popularity from American Idol, his bold faith, and slight rock edge. With the step away from his pop/rock sound, the 2017 pop-oriented Identity also saw a slight step down in the quality of the music and lyrics (except for the piano ballad "Autopsy" and cinematic "In My Veins"). With Colton Dixon getting the opportunity for a larger platform by recently signing to Atlantic, hopes are reasonably high that the ensuing increase in production quality would bring his pop sound up to the standards he set with the pop/rock fare of A Messenger and sophomore release, Anchor.

In the musical sense, this proves to be true; the Colton Dixon EP is an aesthetically pleasing and catchy venture. The low-end throughout the album is so clean and pulsating it's really easy to get into the groove of the music. Layered on top of the catchy beats are careful production choices that keep you engaged beyond the initial pull of the melody. For example, there's a glossy vocal sheen behind Dixon's voice on the second chorus of "Devil Is A Liar" and a reverb-drenched chorus in "Wanderer." Regarding overall style, the first three tracks ("Miracles," "Devil Is A Liar," and "Can't Quit You") lean into a trendy pop style, especially with the electronic beats and vocal delivery (just listen to the casual-yet-quick delivery in the chorus of "Can't Quit You"). On the other hand, the last two tracks ("Wanderer" and "Not Goodbye") sound more like classic Colton Dixon with the more acoustic-sounding drums and anthemic vocal tones reminiscent of what we've heard from him on A Messenger or Anchor.

From a lyrical perspective, this self-titled EP avoids the cliches that much of the CCM industry tends to lean on and is a definite step up from Identity. At the same time, there aren't any tracks that are as compelling as the emotionally drenched "Through All Of It," or convey a rousing conviction like "You Are," from his previous albums; perhaps more personal anecdotes or specific details in the songwriting for this EP would have helped bring more substance and personality. The lyrics mostly serve as light encouragement with universally relatable messages of hope told through the lens of his faith (however, the bold gospel messages that marked his recorded music up until this point are subdued). Some songwriting highlights include "its never been easy / thinking I wouldnt get it right / on to the next thing / but that's all different this time / there's something about you" from "Can't Quit You," and the concept of following where the Spirit leads on "Wanderer.

Self-titled albums are always an interesting choice when an artist is already as established as Colton Dixon. In this case, with the new label and fresh sound, it's a worthy title choice. The Colton Dixon EP is an immediately enjoyable listen and only draws you in further as the melodies make you all but helpless to resist bobbing your head or dancing.