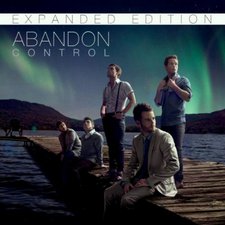 With last year's Control, Abandon released one of the better albums of the year and in turn found their first true breakout album. With that being the case, it was only a matter of time before we saw some sort of special edition re-release for the album, and it has arrived with the Control Expanded Edition. The merits of the original album have already been discussed in detail by other reviewers, so I will focus primarily on the material unique to this release.

The Expanded Edition contains four bonus tracks, all of which are remixes of tracks on the original album. Unsurprisingly, the first is the album's hit single, "Feel It In Your Heart," remixed by Solomon Olds of Family Force 5. This remix is naturally the most electronic/dance-influenced of the four bonus tracks, with a bass heavy beat and plenty of skips and repeats thrown in for good measure. Those who loved the upbeat vibe of the original track will find a lot to like here.

The next two tracks are a remix of "Live It Out" by Darren King of MuteMath and a mix of "New Year's Day" by Chad Howat from Paper Route. The "Live It Out" remix is significantly more percussive and dissonant than the original, with a nice industrial vibe. "New Year's Day" is probably the best of the four tracks, taking the more mellow atmosphere of the original's repetitious piano track and adding a dash of very fuzzy guitars and some driving snare to amp up the overall energy of the song. The final track is a remix of "Under Fire" by none other than David Crowder. Of the four, this remix is the most similar to its original, but it's also a clear improvement. Crowder effectively takes the arena-rock anthem of the original and makes the sound bigger, more complex, and more bombastic.

Four remixes is not a lot for an expanded edition of an album, but this release is actually the same price as the original, so it's worth looking into. All four bonus tracks are well-made and avoid being laughably ridiculous in a way that many other remixes tend to be. If you have yet to purchase Control in any form, it would probably be worthwhile to get the Expanded Edition and enjoy what these remixes have to offer.

If the goal of a remix is to communicate a song through a different style of music, Abandon really hit all four of the new remixes on their Control: Expanded Edition re-release out of the park. Abandon took four really standard rock 'n roll tracks and turned them into dance party songs without selling out the soul of the music. Each of the remixes has the individual personality of the collaborating artist (which includes MuteMath, Paper Route, Family Force 5 and David Crowder) without losing the Abandon style. The "Feel it in Your Heart" remix is especially full of Soul Glow Activatur (of Family Force 5) flavor. For exceptional collaboration and original sounding remixes, I recommend checking out Control: Expanded Edition. - 2/15/12, Francesca Torquati of Jesusfreakhideout.com