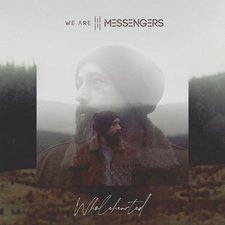 We Are Messengers
God You Are (feat. Josh Baldwin) - Single


Irish worship group We Are Messengers are primed to release their 3rd full-length album later this year, titled Wholehearted. As is customary in today's age, a plethora of singles are spontaneously generating. I enjoyed the openness and engaging melody of the first released single, "Come What May," but our focus now is the more standard "God You Are." Opening with its best lyric, we hear "when I was young you called my name/I tried to run but still you came/and you stepped into the dark, cause that's just the kind of God you are." The theme of the track is how God pursues and holds onto us, not because of anything in us, but because that's God's nature. This truth is shown to be most exceptional in Christ's death and resurrection. It's a solid theme that perhaps isn't explored enough, however, the metaphors used to magnify this truth seem rehashed and unoriginal, especially in the chorus, "Your death-defying love is written in your scars/you'll never quit on me/you'll always hold my heart."

The music unfortunately doesn't offer anything unique, if you're familiar with any of the half-ballads Christian radio has pumped out this millennium. It's just underwhelming, both in its overly-processed sound and lack of a melodic hook. The feature of Josh Baldwin, author of Bethel's mega-hit "Stand In Your Love," doesn't do justice to the songwriter's voice, and I had to listen intentionally a few times just to realize he was singing on it. The song is just too tame and lacks the fun inhibitions and Irish flair that makes We Are Messengers so proprietary in this space.

I have enjoyed much of what We Are Messengers has put out since their inception in 2015; they have a certain charm that's simply magnetic. My only concern here is that their mainstream success doesn't push them into a formulaic box, like so many others in the worship industry. Here's hoping "God You Are" is just the token radio play on Wholehearted, allowing their true colors to shine in the rest.