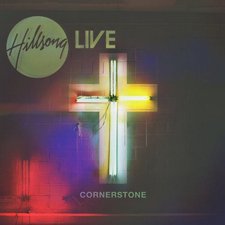 There is a simple thought that culture has set in our minds; if it looks like a duck, acts like a duck, and sounds like a duck - it's probably a duck. This principle also applies to the worship music staple, Hillsong. It is easy to recognize their signature sound and honestly it would be hard to miss due to the fact that they never miss out on a chance to release another annual album. However, does this year's offering, Cornerstone, continue with the 'look like, act like, and sound like' thought?

While it is nice to give a song-by-song breakdown with most reviews, this album does not give much to expound upon. This is not to say that the album has nothing to offer. "Endless Light" and "Running" are the fast songs that local churches crave for those Sunday morning services that proclaim spiritual truth whilst being truly energetic songs. "Children of Light" has the most creative approach as it has a slight Arcade Fire twist that might make church youth groups excited to try. Some may be apprehensive about its sound, which might actually have been more effective as a studio recording, but it is a risk that really does pay off.

A majority of Cornerstone is filled to the brim with slower, deep worship songs. However, even while listening to "Hope of the World" and "Love Knows No End," I couldn't help but be reminded of the melody of Hillsong's legendary track "Mighty to Save." After a while, the songs begin to blend together and become forgettable. Nevertheless, the excellent standout track of the album is "I Surrender." Ben Fielding's lead vocals and the contemplative lyrics of brokenness make the song not only impactful but also inspire repentance. It's simply beautiful.

The truth is, with most Hillsong albums, if you've heard one, you've heard them all. This doesn't always apply to what they put out, but with their live albums, it is most always the case. Many fans will get upset by that statement and will think that that is a harsh judgment, however this reviewer is actually an avid Hillsong supporter, but I refuse to be blinded by my partiality. Cornerstone does not venture into new territory and the live recording actually waters down the power of the songs. The album looks like Hillsong, acts like Hillsong, and sounds like Hillsong, but the creativity and heart of Hillsong doesn't seem to shine through this album.