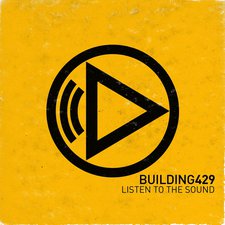 Building 429
Listen To The Sound

For a band to be financially successful, they must find a sound that appeals to its fanbase. Generally, however, for a band to remain relevant and interesting to longtime followers, they must evolve. While the argument can be made that bands should stick to a sound that works, little improvements make all the difference. Now on their fifth album, Building 429 (most famously known for 2004's smash hit "Glory Defined") has never been a band to meddle with their approach, and Listen to the Sound is no exception.

Comfortably fitting into an edgier pocket of the adult contemporary field, Building 429 tends to go both ways, keeping harder guitars and Jason Roy's raspy vocals in the mix without forsaking predictable song structures and unmistakably radio-friendly rhythms. Elements such as these help Building 429 stand apart from other radio acts, and it's hard to argue that the quartet has formed a distinct musical identity for themselves. As the opening worship track "Made For You" comes and goes, it surprises no one, but it gives an accurate picture of the record that follows. Though it's meant to be an energetic opener with a pounding hook and crescendoing intro, it's rather forgettable. None of the dynamics stand out in any particular way, and most of the rest of the album is no different.

Lyrically, Building 429 has not gone astray; listeners looking for nothing else but encouragement will find it here. The title track reaches out to a hurting friend, while "You Save Me" relishes in the freedom Christ gives to believers. Inspirational as Listen to the Sound is, sometimes it feels drive-by and unspecific, leaving less impact there could be ("Listen to the sound of hope that's rising up over your own who listen.../listen to the sound of a new beginning, this is where the old is ending"). If it's geared toward the unsaved, it's dreadfully imprecise, and if it's for those already sealed, Building 429 reveals absolutely no new information. Songs such as "Where I Belong" mean well, but they come off as very dismissive of creation instead of cherishing it as a gift ("All I know is I'm not home yet, this is not where I belong/take this world and give me Jesus, this is not where I belong").

"Right Beside You" would blend in with the rest of the album if not for having the sole highlight of a guest appearance from Fireflight's Dawn Michele. As a truly talented singer, she uses her voice effectively with Jason Roy's for a stunning pairing. "One Foot" is probably the best-implemented individual track with its sense of urgency (especially in the bridge) and overall catchy composition as a rock song. At some points, it almost feels akin in tenacity to secular act Sick Puppies, but regardless of the much more desirable and positive message B429 has to offer, its sound pales in comparison to Sick Puppies' proficiency.

If Listen to the Sound is the measuring stick of Building 429's musicianship, the bar remains terribly low with their best probably behind them. By this point, it's hard to say if this band can aim any higher, though diehards will like this release just as well as their previous work. The fact remains that it takes more than an inspirational message to make a well-rounded and complete record, and even after years of experience and plenty of time to grow, Listen to the Sound is yet another unoriginal rendition of defining glory.