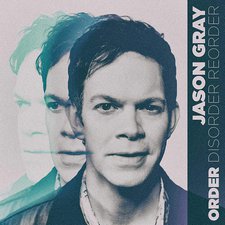 
To put it mildly, Jason Gray's sophomore major-label album, 2009's Everything Sad Is Coming Untrue, was a critical and commercial breakthrough. And rightly so, given the fact that the record showed the talented Minnesotan to be not only an absolute master of the folk and pop musical idioms, but also a songwriter capable of crafting lyrics which were alternately thought-provoking, heartrending and, in some cases, simply hilarious. Those who heard the second effort had no trouble believing the critics who labeled Gray as Christian music's best-kept secret and, even more notably, heir-apparent to none other than Steven Curtis Chapman.

Almost as soon as Untrue hit the airwaves and digital shelves, though, Gray began to reign in his outside-the-box tendencies and fashion offerings that more closely reflected the majority of that which tended, and still tends, to dominate the Inspirational Top 20 charts. While the three full-length projects released between 2011 and 2016 certainly found no shortage of radio-based success, more than a few fans lamented the perhaps inevitable waning of that which made Untrue so delightfully quirky and unique.

Gray's new EP, Order (the first in a planned trio), does show the occasional signs of the musical and thematic singularity that first brought its creator to prominence. The engrossing semi-ambient textures of the reworked "Becoming," which first saw the light of day on last year's The Kipper Gray Sessions extended player, are a perfect case in point. In the same way, "Order Disorder Reorder" ("I begged you again and again to send a miracle/ But the storm was the way you broke my heart open wide/ To get to what was hidden inside") shows at least a glimmer of the poignant self-awareness that rendered Untrue so absolutely engaging.

By and large, though, the better portion of the most recent release is given over to run of the mill radio-ready musical fare that does little to separate Gray from an ever-growing legion of like-sounding contemporaries. And the similarly ordinary phrasing and sentiments found on cuts like "Maker of Mornings" ("I opened a gift this morning/ When I opened up my eyes/ Oh it's good just to be alive") and "I'm Gonna Let It Go" ("You gonna lift me up/ When I pour it all out You gonna fill my cup") only serve to cement the EP's less than truly distinctive character.

In fairness, only the out and out unremarkable "Wonder" constitutes a bona fide miscue. And Gray's characteristic buoyant melodies and feel-good lyrics remain both uplifting and enjoyable. Nevertheless, while Untrue may acquit itself nicely enough when considered as a self-contained entity, its star shines considerably less brightly when viewed within the long and imposing shadow cast by Gray's far more impressive earliest works.