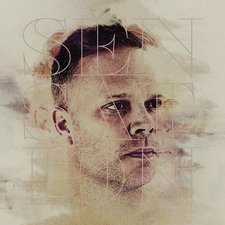 
Longtime (and former, but also current?) Emery bassist Devin Shelton started experimenting with solo material years before parting ways with the band. Working under the clever name Devinitely (which is still his Twitter handle), Shelton posted several R&B-style tracks to his MySpace account when he was getting started; it was a surprising turn from the heavier, emo music fans were used to through Emery. Though his first album, 2011's Life & Death, was more alternative-based, 2017 sees the artist once again leaning toward the poppier material as he joins the BadChristian family for Sensation.

Sensation is an interesting album, as it's slightly hard to define; one moment, it's a pop rock ballad ("Howl at the Moon"), another moment it's dancey ("Dance Tonight"), and occasionally it's alternative ("Buried Alive"). Yet, despite the current genre, it consistently has melodies that really bring you back into an Emery mindset ("Just Another Song" and "Tide"). Though, to be fair, the variety really does lend itself to a rather cohesive project, and it sounds like Shelton's own work instead of like an Emery clone. There's certainly quite a bit to like about Sensation, but where it loses points is in its lack of ability to fully catch attention. No doubt, some listeners have put this album on repeat, and that's understandable. But I've listened through the whole album multiple times, and most of those times were only for the sake of understanding it well enough to critique it. Admittedly, I find myself perplexed by the clearly solid attributes this album has to offer, yet its inability to be memorable or as enjoyable as I wish that it was.

Again, I don't doubt that many listeners, Emery fans or not, have found much to enjoy about Sensation. And rightfully so; it has air-tight production, catchy melodies, and relatable lyrics. But overall, it isn't very engaging, and that's something worth considering as well. If you've enjoyed Sensation, don't let this review even come close to changing your mind. If you were thinking about checking it out, do it, because for every somewhat indifferent review of an album, there are a hundred people who love it, and you might be one of them.

Former vocalist of rock band Emery, Devin Shelton has been exploring a solo venture since he departed from the band in 2010. While his debut album, Life & Death, was more rock oriented, Sensation goes off the reservation a bit for a surprising result of a more poppy, R&B-esque album. Songs like "I Just Wanna" and "Dance Tonight" are great examples of the groovy rhythms and bouncy basslines. Other highlights include the catchy, somber melodies of "Just Another Song," the diverse sounds of "Buried Alive," and the ambient, restrained musicianship of "The World We Know." The album includes a couple more relaxed songs that feel tonally different than the rest, with mostly pleasant results. "In Your Pocket" has a more laidback feel, with its poppy and electronic undertones throughout. And "Howl At The Moon" uses darker chords and an ominous atmosphere to convey its equally somber lyrics. Speaking of lyrics, this album has a few songs that contain more hopeful themes than Shelton's previous album. "Tide" is a song about desiring a fresh start ("I'll separate myself from everything that I've become/All I want is to begin again"), and the bright nature of "A Perfect Life" conveys a message of a hopeful future ("No broken hearts to mend, no need to say goodbye/Love will always last, and it will never die"). My only issues are that the title track is somewhat generic, and that the closing song is long and incoherent, and feels like two different songs rolled into one. Those two songs aside, Sensation is a surprisingly solid release, as long as you don't expect it to sound like Emery this time around. - Review date: 1/13/17, Dylan O'Connor