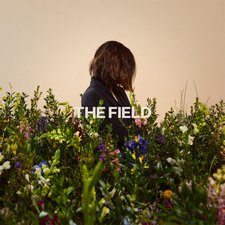 
Worship artist Kristene DiMarco has been around the scene for over a decade. Her association with Bethel has only deepened her roots in the industry. While the worship market hasn't always been the bastion of creative music or deep thinking, DiMarco is shaking up that stereotype--and her own comfort zone--with her latest release, The Field. This is a meditative 12-track effort with the music being more of a roots/folk nature. The songs deal with where the American church is at, wrestling with the effects of all the political turmoil and pandemic stress from the past couple years. Ultimately, it's an album trying to wrangle our gaze back on Jesus.

As such, this is a record heavily anchored in Jesus and His teachings. There are constant references being made to His various parables, with the title track being a good example. The bridge of that song finds guest Jason Upton singing, "I bought the field/And I keep diggin' up more treasure." Jesus is also constantly mentioned, usually as the center of conversation (like in "What If Jesus," "Revolution," "Don't Pass Me By," or "Wherever You Lead"). All of these Christ-centric tracks highlight the overall theme of this album: a rediscovering of how Jesus should be the center of our thoughts and lives. While there are plenty of Christian artists singing that song, DiMarco's record adds a different element. She's not just trying to help us re-focus in a vague, general way; she wants to take our gaze away from politics and other things that have become idols.

This edgier twist is on full display on tracks like "You Are My Country" (which was a co-write with Gable Price), "Idle Idols," and "Why Jesus Came." The Field is clearly a record influenced by the past couple years, but DiMarco's take is refreshing. She doesn't simply put the church on blast and set herself up as this purified prophetess. Instead, she lumps herself in the mix and notes throughout the album how she's failed, too, but also how she's trying to change. And she encourages us to change with her. Considering how the back half of the album is largely invitational songs of commitment show this best.

That back half, though, is also the weaker half. The songs on their own are engaging enough, but strung together as they are, the pace slows to a plod until the closer "Lorelai's Song" finishes with an upbeat flourish. This, however, is a minor enough bump compared to the larger scope of the record. The Field is meant to be a cathartic and convicting experience for the church. Let us consider the Jesus we worship and uphold every Sunday and see if He matches with the Jesus in the Bible. If not, let us repent and draw near to the true Lord.

Kristene DiMarco's offering may not hit as hard as others have done in the past couple years (Gable Price's version of "You Are My Country," for instance, hits a lot harder with the lyrics), but it is perhaps a gentler nudging of a wide swath of American Christians who have mistaken America for the Church. Some detractors may want to dismiss this album as too "woke," or DiMarco trying to be trendy. But those who sit in the field and dig up its treasures will be rewarded for their efforts.