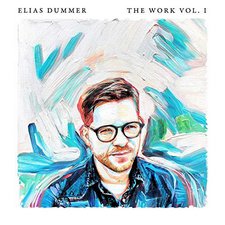 
Having already established himself as a gifted songwriter and worship leader, Elias Dummer, formerly of The City Harmonic, is set to release his debut solo record, The Work Vol. 1. For those who may be unfamiliar with his past work, The City Harmonic was one of the more artistically ambitious worship acts to come out at the start of the 2010s. During their run, they arguably perfected the balance between creativity and congregational accessibility with songs like "Holy (Wedding Day)," "Praise The Lord," and "Maranatha." As a solo artist, Dummer doesn't stray too far from the formula of his previous band and this makes his solo debut both a welcome inclusion to his discography and a venture that could leave some listeners potentially wanting a little more.

Musically, The Work Vol. 1 is a relatively straightforward listen with plenty of lyrical nuggets for worship fans to chew on. As previously mentioned, the record largely borrows from Dummer's work with The City Harmonic, blending anthemic choruses with lush, piano-based instrumentation. In this case, the songs are built around a slightly more acoustic foundation which gives the record a more inviting and intimate character. It's a musical trait that some of the Harmonic's songs were admittedly lacking, so it's great to see Dummer soften things up a bit more here.

Where the album lacks most is when it follows the loud and declarative formula a little too closely. The chorus of "As a Saint," for example, feels stale and uninspired in its execution. Likewise, "This Is Holy Ground" fails to stand apart from its contemporaries in any meaningful way. As a whole, many of these tracks possess moments that shine above the rest, but there remains something that keeps them from being fully realized. Before "Heartbeat" circles back around to its underwhelming chorus, it delves into a beautifully emotional bridge that is undeniably effective. Moreover, "Less Of Me" tells a similar story as it walks along sluggishly until it reaches its splendid bridge.

On the other hand, fans can rest assured that, for the most part, The Work Vol. 1 is a great addition to their worship setlist. Lead single "Enough" has really struck a chord with this reviewer, featuring a wonderfully singable chorus and lyrics that many of us need to be reminded of every day. "I am not what I make, I am who you have made me to be / I am not what I've done, I am loved unconditionally / I am not loved by the measure of love that I bring / I am not who I know, I am known by the King of all Kings." The record's title track is also a profound statement on grace, works, and the putting away of the old self. "So here's my fear and trembling: I will never be enough / & you've no expectation that when all the work is done That I'll have done it on my own / With a helping hand I found on my own arm / For me, the hands of grace are pierced with pride / It ain't easy for the self to die."

It's exciting to see one of modern worship's best artists continue to make music after the departure of his former band. Although steps can certainly be taken to carve out a unique identity in this overpopulated genre, Dummer's debut as a solo artist is an early highlight of the year.