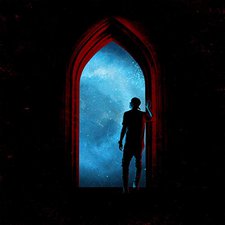 Manafest
This Is Not the End


In today's music scene, the once popular genre of rap/rock has drastically declined, as many of these artists have either stopped creating music as a whole, or have simply switched to another style. However, this is not the case for Manafest, who has consistently been churning out rap/rock records for over a decade, usually with a little dose of pop thrown in for good measure. He continues this trend with his newest endeavor, This Is Not The End, a 10-track LP which showcases what he does best, but also what he struggles with.

The rocking title track kicks things off, acting as an anthem for listeners to sing along with as Manafest declares, "This is not the end / It's a place where we begin / In every war we fight, we fall, we bleed, we rise again." The hip-hop influenced "All Time High," and the heavier "Kamikaze," keep the upbeat pace and create a strong opening to the record musically. Lyrically, it's hard to find much depth until "Wake Me Up" and "Plan For Me" come around. The former shows Manafest pleading with God to awaken him: "Living on the edge / Like this was all a dream / Come and wake me up / Can you rescue me?"

However, it's "Plan For Me" that really hits home with its lyrics, as it tells the 'conversation' of an aborted child and her parents: "If born, I woulda changed the world / If born, I'd been your baby girl / If born, you woulda seen me twirl / Brown eyes and golden curls / But guess what? I still love you / Let it go, I still love you." It's quite a touching song, despite the controversial topic, and is easily one of the best tracks he's made in a long time.

Things pick up again with the bold "Born For This," before slowing down for "Come Back Home" -- a tender, poppier tune which nicely features Thousand Foot Krutch's Trevor McNevan. "Grenades" and "Insomnia" are both decent additions, but don't quite stand out as some of the other songs on the record. The anthemic "I Made It" is a decent closing number, but it lacks the lyrical depth that we saw towards the middle of the project.

Generally speaking, Manafest has created a solid record that will be well-received by his fans, and those who still listen to this style of music. There are some shortcomings, especially when it comes to the repetitive, more boastful tracks (such as "All Time High" and "Born For This"). Despite that, This Is Not The End is still an enjoyable album, and the title track, "Plan For Me" and "Come Back Home" are gems that make it well worth a listen.