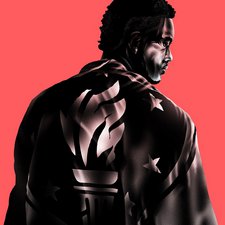 
Reach Records rapper KB is among the many hip hop artists dropping a new album this year, and after last year's solid 100 EP, I have been excited for a while now to see what Tomorrow We Live will bring. So, what are rapheads getting with this fourteen-track ensemble?

Starting off the album is "Rich Forever," a decent song that speaks about the difference between earthly and eternal riches. "Sideways" follows with a banging rap joint reminiscent of fan favorites "100," "Go Off" and "Zone Out." The beats heard here are the best on the album, with Lecrae and KB spitting hard to the haters trying to bring them down, while focusing on their mission in music. KB raps "I put that on my momma, I ain't got no worries like hakuna matata." KB is known for his superior hard spitting as displayed in this song, but it's sadly absent throughout the remainder of the album. Even though there are many good tracks, I certainly miss the thumping beats and speed rapping that I know KB is capable of.

The next few tracks have unique touches in them with each coming out nicely. In "I Believe," KB interestingly collabs with Mattie of For Today, and the reggae-infused rocking track speaks about how great our God is and how He helps us overcome all kinds of hardships, such as cancer, racism and many others; it's a great message to those going through hardships. "Fall In Love" is a sweet track KB wrote for his child that carries a Hawaiian musical style, and "Always and Forever" sings to his wife, a track reminiscent of Earth, Wind, and Fire. Both are solid listens, but not what listeners may be expecting when popping in Tomorrow We Live.

One of the more interesting songs is "Ima Just Do It," where PGA superstar Bubba Watson is featured. This is certainly one of the most unique guest spots I recall hearing, and Bubba even spits it nicely with "Bubba Watts on the mic now. Can a golfer spit a rhyme? Not a gangsta rapper, but my caddie got a nine." It's a track that comes out surprisingly well, though I can imagine a few people won't be digging it. Not every track has the same success as those mentioned so far, however. The flow of "Drowning" is disjointed, making it skip-worthy, while "Cruising" and "Lights Go Out" have great messages, but each song seems to fall short of its potential.

All in all, Tomorrow We Live is solid, carries good themes, and many hip hop fans will enjoy it. It does have some flaws, and there are parts that I personally don't love, but there's enough there to like and I plan on playing this album for a while.

KB is a Reach Records rapper who began to gain notoriety for his beastly guest spots. KB's first solo album, Weight and Glory, lived up to the expectations of many and proved to be one of the better rap albums of 2012. After releasing an EP as a stop gap, KB returns with his second album, Tomorrow We Live. The album opens strong with "Rich Forever" and improves with Lecrae on an album best in "Sideways." The Mattie Montgomery [For Today] featured "I Believe" and the very odd "Ima Just Do It," featuring pro golfer Bubba Watson, are also solid additions. The "Bubba Wats" guest spot is a bit awkward, but overall fits into the track just fine. Watson even drops a crafty line or two like, "Not a gangster rapper, but my caddie got a nine." Another track of note is the acoustic, Jack Johnson vibe of "Fallin in Love With You" in which KB sings to his young child. The song doesn't have the slightest hint of hip-hop, but shows KB is a little more than quick rhymes and clever lines. Much of the remainder of the album fails to grab your attention, but "Calling You" is a very powerful spot. The song is about suicide and lyrically is a conversation between two friends; one of which is an Iraqi war veteran who is attempting to take his own life. It may not be the best sonically, but its message could be helpful to many suffering from depression and thoughts of self-harm. K to the Second Letter's second full-length record doesn't strike as big as his first, but there are still several memorable moments. While there have been better hip-hop albums released in 2015, -- such as Eshon Burgundy's The Fear of God -- KB still deserves a spin. Even if you pass on the album as a whole, you'll likely find some individual tracks to grab from Tomorrow We Live. - Review date: 4/23/15, Michael Weaver