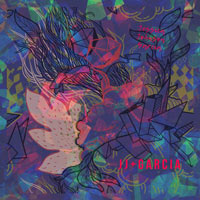 
Sometimes, living as an independent musician means putting your music career aside when life becomes demanding. Jessica Johnson had a promising career, even having some songs featured on some official mixtapes distributed by Mercedes Benz, but the call of marriage, motherhood, and her family became stronger. However, in 2015, the time came to get back into songwriting. Now Jessica Johnson-Garcia, she began work on what would become her new EP, JJ+Garcia. The eight songs on the quasi-self-titled EP were not written specifically to go together, but are rather a collection of individual songs written over the years. As such, there really isn't a common theme or overall style that binds them together. One could get away with labeling the EP as r&b and/or light pop, but there's not really a blanket descriptor for it. At times, Garcia's voice is slightly reminiscent of Macy Gray; this is most apparent in the opening track, "Now, Forever," though it's really only tonally, as Garcia is cleaner, smoother, and not raspy in the slightest. In most other circumstances, her vocals would be more comparable to Christina Aguilera, especially in the context of songs like "You Already Know" and "Mess of Love," though Garcia's voice isn't quite as strong as the powerhouse Aguilera. Generally, her vocals sound strong, but there are occasions where it may have been better to scale it back a little. "Mess of Love" is a quiet song with more yelling than singing, and it leaves this reviewer skipping the track each time. As far as the music goes, several of the songs are built with minimal layers of generally quiet music and a nonchalant drum beat. These same tracks are generally pretty light on instrumentation as well, but it's not the rule, as there are notable exceptions, like the mid-tempo, hip hop-influenced drums in "Home" and the busy piano melody of "Live Free." Despite the difference in sound over the songs, it's actually a bit impressive that a seemingly random bunch of tracks would work as well together as these do. The one glaring misstep in this, however, is the final track, "Stronger," which tries to pack a bit too much into one track. The song is way too busy with sounds and melodies that don't work well together, and the attitude of the song is much more brash than anything on the EP before it. JJ+Garcia has a lot of strengths and a fair share of weaknesses. If the last two tracks were removed from the list, this would have been a much stronger offering. That being said, Jessica Johnson-Garcia is a talented artist who should have great things in store.
- Review date: 12/5/18, written by Scott Fryberger of Jesusfreakhideout.com