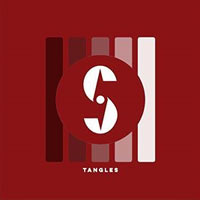 
Southville is part of the Southville Elim Church in Yeovil -- located in Somerset, England. The group plans to release four new singles in 2020. "Tangles" is the second of the series following the earlier released "Changing Seasons." The Southville project has members from the entire church coming together to write worship songs that encourage faith. The church and musical project have seen success in the past having back-to-back number one singles on the aStepFWD's UK Christian Chart. The group is hoping to build on the success and reach the globe and open a 'window on Heaven' to give others a small glimpse of who they are worshipping. Much like "Changing Seasons," "Tangles" is a softer song featuring strings, an acoustic guitar, and a female lead. The lyrics go from Jesus bleeding and dying on the cross to His resurrection in the verses, ending with the declarative, "He lives once more!" However, both the music and lyrical focus change for the bridge. The music builds and is driving in this section while the singing of the story of what Christ has done for us becomes a direct worship of Him for those things: "Your cross, my victory; Your death has made me free. Your blood cries out Your love for me. Your steps lead from the grave; alive just like You say. Your beating heart now lives in me." After the powerful bridge, the song goes into a section of praise and thanksgiving, allowing for a time of true worship with a focus on the line, "Thank you, God, You gave it all." As the music begins to decrescendo and fade out, the last line sung is, "Praise the Lord." "Tangles" is a very worshipful song that focuses on the things Jesus has done for humanity and gives thanks to Him. It's a really nice worship song that is good for corporate worship settings. Stylistically, Southville gives you something along the lines of what feels familiar to other modern worship songs, though the focus on the strings is a nice change from a lot of the electronic instrumentation being done today. The only real criticism is in the production. While the song sounds great and is mixed well, there is a small hiss that can be heard in the quieter sections of the song -- the beginning and very end, specifically. Fans of modern worship music, and church worship leaders alike, should definitely check out "Tangles" and the other Southville singles coming in 2020.
- Review date: 2/27/20, written by Michael Weaver of Jesusfreakhideout.com