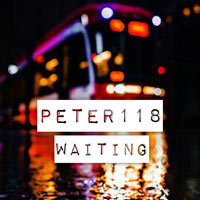 
Punk rocker Peter Field is no stranger to the scene, having contributed as a member of bands like Senseless and Ambassadors of Shalom. But for the past five years, hes instead focused on his three-piece act, Peter118. With a couple of EPs to the bands name thus far, Peter118 is starting off 2019 with a brand new single called Waiting. The bands previous release, a split EP with No Lost Cause, displayed their predilection for UK punk rock (with a dash of pop punk, of course), which makes Waiting an interesting listen, as it takes a different approach. Its not a bad approach at all, but the song sounds a bit more like Nirvana this time around, albeit with much cleaner production. Vocally, its a different story, as Fields voice is a tried and true punk rock voice, with a vocal effect thats straight out of a 90s alternative rock track. That is to say, one would never confuse Fields voice with the late Kurt Cobain. While the overall sound of Waiting is sure to please fans of punk rock, its not without its flaws. One characteristic of punk rock is minimalism, either in track length, lyricism, or both. Waiting repeats the same lines quite a few times, which is fine in itself, but the message of the song doesnt come across very clearly, which takes away from the importance of the repetition. The chorus also feels like it falls a little flat when the guitar riffs and the verses are so promising. Waiting definitely isnt a bad song, though. And as our industry becomes more and more singles-focused, I keep finding that singles sometimes make more sense in the context of the album. With that being said, its a solid single, but Id particularly be interested to hear how Waiting works in that context, if Peter118 has a new album or EP coming soon.
- Review date: 3/17/19, written by Scott Fryberger of Jesusfreakhideout.com