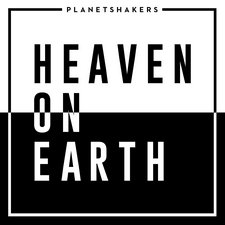 
Extended play albums are all the rage as of late. Indeed, more and more often these days, artists and bands are finding the notion of releasing ten or more tracks at the same time all but passé, opting instead to parse out their material in four- to six-song doses. Nobody knows this more than the members of Australia's Planetshakers, whose last eight efforts have been put out in the EP format.

Following on the heels of Heaven on Earth, Part One (Review) and Part Two (Review), the Heaven on Earth CD/DVD rounds up everything from those two EPs and adds the five cuts from the Part Three EP (which releases the same day as the CD/DVD combo). The combined project also features a 10-track DVD, a slightly shorter radio edit of the title cut, and a "heavy" version of "Move Out of My Way," the former of which is largely the same as its original counterpart and the latter of which winds up as more of a parody than a tribute to the '80s pop metal idiom.

So, is the CD/DVD combo a worthwhile purchase? Well, that largely depends on the given listener's level of involvement with the band. If they happen to be a completist, they'll probably want to pick it up simply for the otherwise-unavailable material. Those who previously purchased the first two volumes, but don't necessarily fall into the dyed-in-the-wool-fanatic camp, would do better to simply fill out their collection with the Part Three EP, instead, since neither the DVD nor the aforementioned bonus songs constitute a good enough reason to buy the full-up release, much of which they already have in their possession.

For casual fans, specifically those who don't currently own any of the Heaven on Earth EPs, the decision to buy or not to buy is a bit of a toss-up. On the one hand, purchasing the full album is quicker and easier than sifting through the individual EPs to pick out their favorite songs. Conversely, given the fact that only the second volume is consistently engaging from start to finish, those with a bit of time on their hands would do well to spend the energy needed to create their own homemade extended player by downloading the entirety of Heaven on Earth, Part Two, and cherry-picking one or two of the stronger cuts from the other two volumes - the sum total of which would result in a far stronger, and arguably less expensive, lineup of songs than those on the CD/DVD package.