Nashville, Nov. 5  Derek Webb, the Nashville-based musician who both on his own and with his previous band Caedmons Call has sold in excess of one million records, will lend his effervescent single Name to the Nov. 8 episode of ABCs television show Greys Anatomy.

Up next for Webb is a performance and interview on XM Satellite Radio Loft Sessions, which will air the week of Dec. 3 and comes on the heels of a successful run for Name at AAA radio and inclusion of the single on American Airlines in flight channel, PASTE Beat. The past twelve months have been the best of Webbs career and included the bold move of being the first notable artist to offer an entire album free to fans with the FreeDerekWebb.com campaign which asked for fans to simply sign up for his mailing list in exchange for a free download of his previous album, Mockingbird, which garnered Webb over 80,000 digital downloads of the 2006 release. 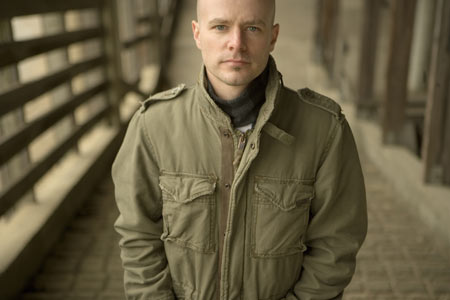