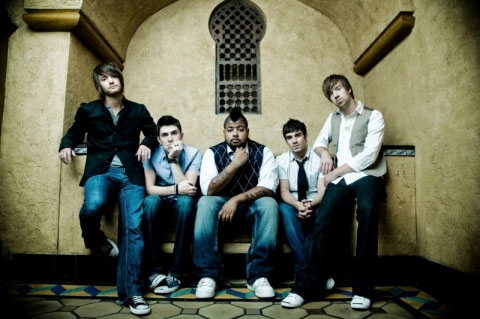 Founded to develop the next generation of worship musicians and songwriters, EE-Taow aims to provide its young audience with an authentic, relevant worship experience.

Weve been hosting Teen Mania events for 20 years now, and millions of kids have learned how to follow Jesus, says President and Founder of Teen Mania Ministries Ron Luce. Where ever there is a movement of God, there is music, and I began to ask myself what the soundtrack to our movement would look like. EE-Taow gives our young people a means to express themselves and become part of a larger story. Its music by teens for teens.

A few months later Teen Mania called us up again, explains Barrett. They were starting a new worship label that would focus on worship for the next generation. We were really intrigued by that idea and eager to be a part of it. We are honored that EE-Taow has entrusted us with being the first to carry out its vision.

The synergy of their hearts is real, and they know how to lead their generation, says Luce of Unhindered. They have been out there building a report with our teens, so it seems only natural for them to be the first band signed to our label. Were really like family.

Unhindered will release its national label debut, Be, Oct. 20, 2009. The records first single, You Are My Creator, is currently being serviced to Christian AC and CHR radio. Additional album details are forthcoming. For more information on Unhindered, visit www.unhinderedworship.com.

About EE-Taow Records
EE-Taow Records is a music company that has the desire to enable the connection between our Creator and people of this world, His creation. The artists who record for EE-Taow write songs for their generation because they have a gifting to lead others in worship and singing to God. The VOICE of EE-Taow Records is uncompromising and excellent It is worshipful and reflective.... It is inspired and genuine... it is TRUE. It is REAL. For more information, visit: www.eetaowrecords.com.