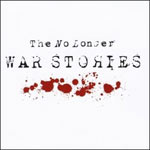 The No Longer
War Stories

What do you get if you listen to The No Longer's newest full-length album? A little bit of everything that rock music has to offer (except the hardcore stuff). The No Longer mixes rock, funk, pop punk, grunge, classic rock, 80s metal and ballads into a full-length album called War Stories. Picture what it would sound like if Hyperstatic Union and Petra became one band, and you get the basic idea of what The No Longer sounds like. That being said, the guitars are the highlight of the album. While there isn't always something there to get excited about, songs like "It's Alright, Nazirite!" and "Drawing The Lines" feature some pretty good, rocking guitars. The music in "Hipster" even slightly reminds me of Nirvana, except that it has better production, and it's a lot poppier (but you can hear the influence). It's the more rock-based tracks that the band really seems to excel at. The funky songs like "The Living Daylights" and the ballads like the Pink Floyd-esque "Blood Red Moon" and "Truth Hurts" are alright, but don't display their talent as well as the rock songs. The main reason for this, though, may not lay entirely on the musicians' hands. The No Longer's lead vocalist and guitarist, Geoff Desiato, has a good voice, but it's one of those voices that only fits well within a certain genre of music. He has a rock voice (borderline hair metal on a few occasions), and it doesn't translate well into the softer material. The album could have been a lot better had they not experimented quite so much. It's a noble attempt, indeed, but some bands don't really have what it takes to successfully pull off a lot of genre-switching. As far as other weaknesses, there's not really that much to mention. War Stories is a pretty good album; I think it just needs a little more power behind it. - Review date: 1/11/11, written by Scott Fryberger of Jesusfreakhideout.com 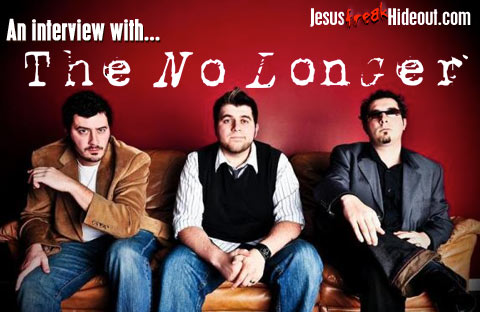